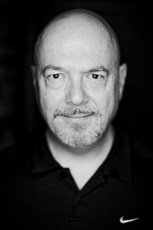 1. Why did you pursue athletic therapy as your career?

Athletic Therapy sort of found me in a way.  In 1983 I wanted to go to university, actually, I had wanted to go to community college for radio and television arts, and my father nixed that idea!  So, I looked in to doing a Physical Education degree, somewhere, however since I wasn’t the best student I didn’t have a lot of options.  Concordia University’s football coach recruited me to play football and so as luck would have it, I got into the program (I still don’t know how!) and then decided not to follow my football dreams, and instead concentrated on surviving the curriculum.  In doing so, I ran head long into the fledgling world of Athletic Therapy. There were only six certified AT’s in Quebec at the time, so not a lot of examples to emulate, it was a blank canvass.

2. What is your most memorable moment in regard to athletic therapy?

Probably the moment I actually became certified.  It was a long process.  In those days, the written and practice exams were separated.  You had to pass the written first.  The exam was long, hard, and heavy.  The preparation materials few.  You really had to create a vision for what to do and follow it. Your relationship with your SAT was important, but they couldn’t study for you.  Once you passed the written exam, then you had to pass five stations at the practical exam.  The examiners were some of the originals of Athletic Therapy, and many had tough reputations as examiners.  You practiced and practiced and practiced.  I failed my first attempt and had to come back on December 4th, 1988 to do the exam a second time where I consequently passed.  The letter and the feeling are still tangible today.

3. Who are your biggest mentors and what impact have they had on you?

My first mentor was Garry Cummings.  I was lucky enough to have the chance to work football at Concordia with this early legend of AT.  Fresh off his career with the Montreal Allouette’s he just exemplified what it was to be a real AT, and his example sparked my attention.

I would say that my SAT Charlen Berry set the tone in my life for taking what I was doing more seriously.  In the early years I was pretty easy going, I didn’t really take the profession, or where I wanted to go very seriously.  I didn’t see myself being an AT.  Charlen exemplified what an AT could be, what I needed to ascend towards. She was a great personal example, and still is to this day.

The third big player in my life as an AT was Ron Rappel.  Ron came into my life, probably on several occasions at the perfect moment.  He brought me in as his main student assistant in my fourth year at school (went back for more fun!), and his first year as the Head AT at Concordia.  That was a really important period for the both Ron and I in terms of our growth as people and as professionals.  I saw where I had to go, and I got more serious about where I was going.  A few years later, Ron hired me to be his assistant, and he saw the benefit of my combining AT with Strength and Conditioning (S+C) to create one of the first hybrid positions in the country.  The rest as they say, is history.

4. What is the most valuable advice you have received during your career?

Probably the advice I got from Garry Cummings many, many moons ago, “Don’t let anyone tell you what you can and can’t accomplish”.  It has stood with me all of my life.

5. What advice would you give to young athletic therapist starting out their profession?

Don't be in such a hurry to become responsible.  Enjoy the ride of learning by doing and seeing.  Take the time to go to other parts of the world and to see what others are doing in our craft.  Explore, because once you do become “responsible” it's a lot harder to create those experiences.

6. What do you love most about being an AT?

Athletic Therapy has allowed me to meet a lot of amazing people. I am a better person for having become a certified AT.

7. What is the worst patient injury you have ever experienced and what did you do to treat it?

My most difficult case was managing the severe and acute patellar tendonopathy of Alexandre Despatie, one of Canada’s great summer athletes (Diving) at the end of his career. Alex was 18 months from the London Olympics and had not qualified and could not dive because of his knee.  He had about 8-10 months to get ready and to qualify at one of two tournament opportunities in November or February prior to the Olympics. His knee was a mess, we spent many months literally re-building him from scratch, finally allowing him to be able to dive at the last possible competition for qualification in February 2012, seven months prior to the Games.  He not only qualified but won a silver medal!  We then set out to get him ready to win a medal in London, only to see our hopes dashed when he struck his forehead on the diving board about eight weeks prior to the Games, leaving him with a six-inch scar on his forehead, and post-concussion symptoms. He finally competed at the Games and were it not for a knee buckle on his last dive, he may have finished 5th(a huge accomplishment), instead he finished 8th, but the fact that he was in the finals, or even at the games was a miracle to begin with!

8. How do you promote the profession of Athletic Therapy?

I do it mainly through four factors:

2 – I teach Reconditioning with my wife Jaime, a progressing and holistic approach to the integration of the world of AT with the world of performance training, and we spread this message throughout the world of human performance

4 – I have a Podcast, Leave Your Mark, where I talk about how people’s lives have been influenced by others and by experience, and how my guests are leaving their mark on others and the world at large.  In many instances the subject of performance, what creates success, and how people live a better life is the central theme.