My name is Darryl Gomes, and I am the assistant Certified Athletic Therapist on staff at Seneca College. I would like to nominate Dylan Durward for the Merit Award offered by the CATA for his efforts performed on Tuesday September 29, 2015.

On that particular day, Dylan was overseeing the women’s volleyball practice as part of his student placement duties at Seneca College. Towards the end of the practice, one of the players was experiencing breathing problems. She had been sick for the past few days, and was experiencing a lot of congestion along with difficulty breathing. She was pushing through the practice, but was having a lot of trouble catching her breath. She was coughing heavily off to the side of the court when Dylan noticed her predicament.

Dylan approached the athlete and started to diagnose the problem through some standard interview questions. He took his first set of vitals when the athlete went from a standing position to her hands and knees, and eventually into the fetal position. At this point, Dylan radioed me to come down to the gym as he determined the situation was escalating. After assessing the situation, we activated our EAP. Dylan started taking more sets of vitals, performed a secondary survey, and helped to prevent shock by covering the athlete with a blanket (while receiving oxygen) while he reassured her. While many of her teammates were panicked and frantic, Dylan remained grounded and performed his job in a calm manner. When EMS arrived, one of the paramedics complimented Dylan for taking three sets of vitals as well as doing a good job of handling the situation.

Dylan’s ability to fully perform his duties in a life-threatening situation was appreciated by the athlete, the team and the staff at Seneca College. 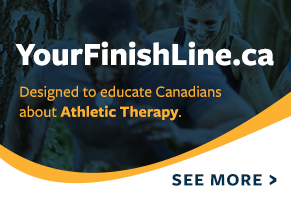